Perseverance of a MMA Fighter: Ashleigh Grimshaw Documentary (Part 2) – After 16 years as a professional MMA Fighter, Ash Grimshaw was finally signed-up by Bellator MMA (in 2018). The British featherweight had been widely touted for a UFC call-up over the last 10 years which, surprisingly, never materialised for reasons unknown.

This video is part two of the Ashleigh Grimshaw Documentary in which, Grimshaw’s perseverance over two decades as a Mixed Martial Artist, is fully explained and the noteworthy status he’s established for himself in British MMA.

Fighting out of Team Titan alongside close friend & UFC veteran, Brad Pickett, Grimshaw’s recollection of his trials and tribulations from his 16 years of fighting leaves no stone unturned.

Ashleigh Grimshaw has shared a large part of his MMA journey with UFC veteran & close friend, Brad Pickett; from when the two of them started training together when there were only two MMA gyms in London. The two friends are still very close, working and training together in helping the current and future generations of British MMA fighters establish themselves such as UFC fighter, Nathanial Wood and many more.

This video is Part 1 of The Ashleigh Grimshaw MMA Documentary series. 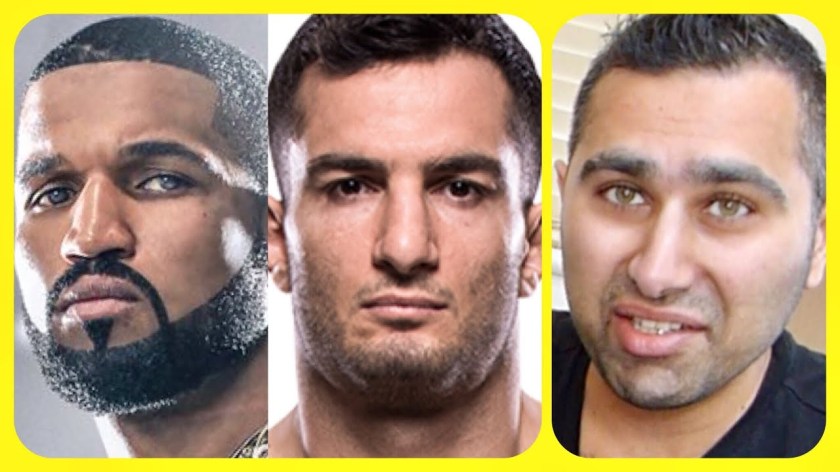 Bellator 200 London “has come under fire” in the UK for many reasons and not just because the fight card started to fall apart in fight week due to well reported injuries/pull-outs; and is now headlined by, Rafael Carvalho vs Gegard Mousasi. You’d think with the second biggest MMA promotion in the world returning to London would be delivering a much anticipated and huge event.

However, when compared to UFC Liverpool and reflecting on the the wider scale of operations for both MMA and Kickboxing promotions, both globally and especially here in the UK, there are some deeper issues influencing matters.

Keep up-to-date with all the latest in Kickboxing and Muay Thai, plus, exclusive interviews by subscribing to the K1ANOOP YouTube channel and “like” K1ANOOP on Facebook too.

Listen/download the podcast – The K1Anoop Show – on iTunes/Apple Podcasts and Overcast, every Tuesday.

UCMMA 50 goes down at The Troxy, London on February 4 with a fight card that features four UK1 kickboxing fights including, Mike Neun vs. Andy Cunningham as the co-main event for the latter’s UK1 heavyweight title. The headline fight is, Arunas Andriuskevicius vs Denniston Suthlands for the UCMMA light-heavyweight championship.

UCMMA events are always MMA focused, however, they do feature a small volume of UK1 kickboxing bouts, especially as a fair amount of UK MMA fighters come from striking backgrounds. For example, UFC heavyweight Jimi Manuwa and BELLATOR welterweight, Micheal ‘Venom’ Page – both of whom fought for UCMMA, before signing for two of the world’s biggest promotions.

UK1 is basically K1 rules with either, 10oz boxing gloves or sometimes, even 4oz MMA gloves, in a MMA cage instead of being fought in a usual boxing ring.

Interestingly, BAMMA welterweight Terry Brazier will be making his UK1 debut at UCMMA 50 against, David Round for the 84kg UK1 title. Also Paul Dash takes on Dontel Forrester in a 72kg match-up under UK1 rules and Daryl Field vs. Tommy Kelly will also feature as an 80kg bout under UK1 rules too.

UCMMA 50 is available to Pay Per View (PPV) via MMA TV.

The K1Anoop podcast with Mike Neun is available to listen and download via Podbean:

Mike Neun vs Andy Cunningham will feature as the co-main event for UCMMA 50 in London for the UK1 (kickboxing) heavyweight title on February 4, 2017. The title fight will be a rematch between the two heavyweights who, had previously fought each other last year, with Cunningham stopping Neun in their previous encounter. Neun explains why this rematch will be his retirement fight and shares some deeper thoughts and opinions on the changing landscape of MMA and much more.

The K1Anoop podcast with Mike Neun is available to listen and download via Podbean: