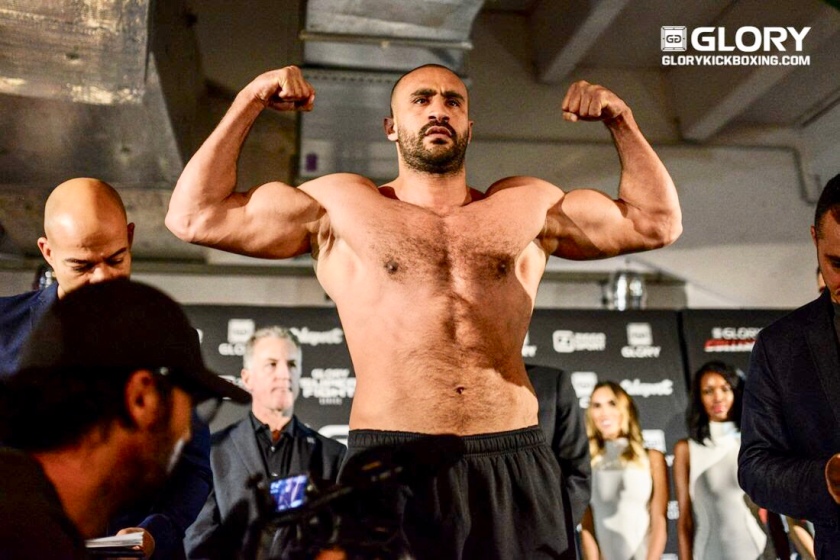 Badr Hari Accepts Suspension for Use of “Prohibited Substances” as reported BY NOS earlier today, following on from previous reports that GLORY Kickboxing wanted to, or, were trying to terminate the doping authority’s contract in the Netherlands; after it emerged other fighters including, Malden Brestovic and Hesdy Gerges were reported to have failed doping tests for performance enhancing drugs (PEDs).

However, this isn’t simply a heavyweight kickboxing problem, is it?

What do you all make of this and do you agree or disagree with K1ANOOP?

K-1 legend, Gökhan Saki, was recently on Dubai Eye Sport radio talking about all things Conor McGregor vs. Floyd Maywether and his future with the UFC, having recently signed for the world’s leading MMA promotion.

When Saki had announced he’d signed for the UFC, he’d stated that he was the promotion’s best signing since McGregor who, had joined in 2013, and would go on to become the promotion’s first two-weight champion. As well as one-half of the biggest cross-over fight in history come August 26, 2017 against, arguably, the best defensive boxer of all time in Maywether who, is undefeated in 49 professional bouts.

Although “The Rebel” has fought and beaten a who’s who from the world of kickboxing including: Tyrone Spong, Daniel Ghita, Ray Sefo and Alexey Ignashov, amassing a record of 89-16-1 in professional kickboxing, Saki is o-1 in MMA. At 33 years of age and making the transition to MMA from kickboxing (after a two year hiatus), the question was raised about making the career move so late in his career with Saki responding:

“Like what I can tell about myself, I never feel strong like mentally, physically like this before and I stopped fighting for two years; I never get knocked-out you know so, I’m still new, you know. I always fight heavyweights so for me it was always difficult to fight the big guys, now I’m still gonna fight big guys but same weight so, it’s perfect time for me. I think easy four, five years I can still fight man.”

With strong rumours of former GLORY Kickboxing champion, Gökhan Saki, set to make his UFC debut on September 02, 2017 at UFC Rotterdam (headlined by, Stefan Struve vs. Alexander Volkov), the coming weeks will be interesting to see how the remainder of the fight card unfolds.

Saki will be competing at light-heavyweight in the UFC which, boasts two of the biggest names in MMA with, current champion Daniel Cormier and former undisputed champion, Jon Jones. However, some would argue that the rest of the division isn’t as strong compared to bitter rivals Cormier and Jones – a talking point that was accepted by Saki’s team during the radio interview.

With competition in the light-heavyweight division being accepted as not the strongest, the question was then put to Saki as to how he believes he’ll be remembered in MMA come four or five years from now. His reply: “Legend of MMA.”