This video is Part 8 of The Damien Trainor Muay Thai Documentary series.

Damien Trainor Muay Thai Documentary: The Return of Damien Trainor (Part 7) – After a hiatus of about four years, Damien Trainor returned to fighting via Muay Thai Grand Prix for a very special reason after losing his enthusiasm and love for his Muay Thai career after previously fighting Thailand’s, Rungravee Sasiprapa.

Damien Trainor vs. Adrian Lopez featured as one of the greatest returns of a British Muay Thai legend at Muay Thai Gand Prix 3 on March 26, 2016. This story tells a father’s bond with his infant son and being proud (and fortunate enough) to share such a unique experience that will live with them both, forever.

This video is Part 7 of The Damien Trainor Muay Thai Documentary series. 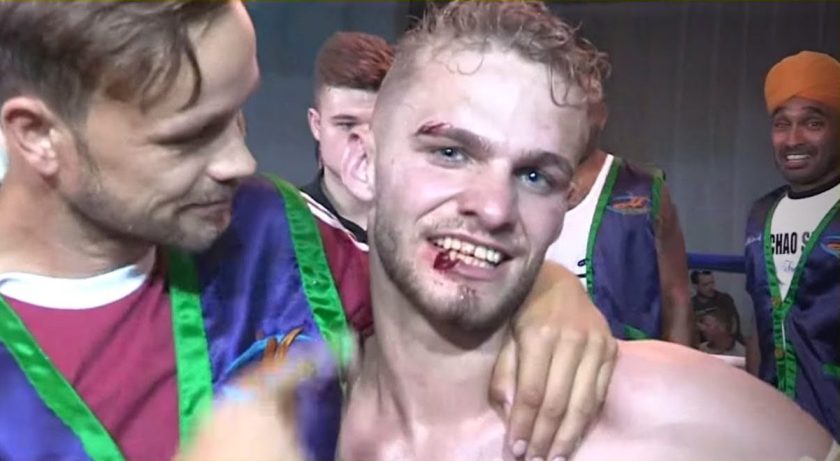 Daniel McGowan: Ambitions as a Muay Thai Fighter – A mini documentary about 22 year old, two-time world Muay Thai champion, Daniel McGowan – who’s ambition it is to become the first British Thai-boxer to win one of the most prestigious Muay Thai stadium championships in Thailand.

Daniel McGowan has been coached since the age of 11 years old by former Muay Thai champion, ParnPetch Rirom and recounts: how his journey began as a martial artist; the influence of the late, great Liam Robinson; the life lessons he learnt in his fighting career from childhood into adulthood; and why his ambition to become the first British Thai-boxer to win a Thai stadium championship means so much to him and more.

For almost four decades, the former British colony has been at the epicentre of global martial arts influence via Hong Kong’s martial arts film industry which, would see real life martial artists and fighters like, former WKA world kickboxing champion, Billy Chow, feature as a renown leading bad guy in Hong Kong movies; after getting his big-break from small roles in Jackie Chan movies in the 1980s.

Having made British MMA history in a relatively short professional MMA career over the last three years, Brazier who, previously served in the British Army, has set himself some serious goals for 2019 and beyond at Bellator, including: winning his Bellator debut before intending to beat former UFC champion, Benson Henderson in America and then becoming the new Bellator lightweight champion by defeating the current champion, Michael Chandler.

However, first and foremost, Brazier has to defeat Scottish MMA fighter, Chris Bungard at Bellator Europe 1 and in this video, we see Terry Brazier training and sparring with his his team-mates at NFM Windsor, before flying out to Phuket, Thailand for the remainder of his fight camp for his Bellator MMA debut.

Damien Trainor Muay Thai Documentary: Damien Trainor vs Tawatchai Controversy (Part 5) – One of the biggest scandals in British Muay Thai was when Damien Trainor lost a controversial decision against Thailand’s, Tawatchai Budsadee, despite two of the three judges awarding the win to Trainor when both fighters clashed in a legendary fight at, ‘Rumble at The Reebok’ in 2009.

Former two-time Muay Thai world champion, Damien Trainor, was facing one of the most fierce opponents of his Muay Thai career at the time, with Tawatchai having fought in over 500 fights by the time the two would fight each other. It’s very common for Muay Thai fighters born and raised in Thailand to have fought up-to a couple of hundred times as children fighters. However, Tawatchai’s fighting reputation was incredibly strong for having amassed so many fights in his career.

Damien Trainor recounts the whole ordeal, controversy and more including, extended highlights from both the first fight and rematch with Tawatchai. This video is Part 5 of The Damien Trainor Muay Thai Documentary series.

Former two-time Muay Thai world champion, Damien Trainor, recounts how Thailand’s poverty and gambling culture had adverse effects on Muay Thai fighters from the hardships he endured, long before Thailand became a favourite training destination for Kickboxing, MMA and Muay Thai enthusiasts from around the world, with demoralising and disheartening consequences for fighters.

8-Strike Combination: Damien Trainor’s Boxing for Kickboxing Training – In this video we have an 8-strike boxing for kickboxing combination broken down into several layers by Damien Trainor (to his advanced students and fighters) at K-Star Legacy Gym.

Damien Trainor is a two-time world champion in Muay Thai, coaching elite fighter around the world in the UFC, Bellator & GLORY Kickboxing – This 8-strike combination joins together:
Double Jab, Uppercut, Liver Hook, Uppercut, Pivot-Turn with Right Hook, Left Body Hook, Left High Kick – Keeping you the striker, firing in high volume and off the line which, Damien is a strong advocate of, and much more.

Damien Trainor is a modern day coaching pioneer for MMA Striking, Kickboxing & Muay Thai and is a much sought after coach around the world by elite fighters in: GLORY Kickboxing, Lion Fight, Bellator Kickboxing, Bellator MMA, Cage Warriors, BAMMA and the UFC including, UFC Flyweight Champion, Henry Cejudo.

Damien Trainor Muay Thai Documentary: Sparring Ronnie Green “Really Opened My Eyes” (Part 3) – Damien Trainor recounts how his development as a fighter (and two-time Muay Thai world champion) was enhanced by training and sparring with, the British Kickboxing & Muay Thai legend, Ronnie Green who, was “untouchable” when they sparred. To this day, Trainor is very appreciative of the experiences and wisdom that was imparted to him by Ronnie Green and much more.

This video is part three of a new Muay Thai documentary series on Damien Trainor‘s journey as a martial artist, becoming a professional fighter and multiple world champion including, the influences of Kickboxing & Muay Thai legend, Ronnie Green who, himself was a multiple world champion across various disciplines; and a fighting career spanning from the ‘70s into the very early ‘00s when he officially retired.